Apocalypse and Allegiance: Worship, Politics, and Devotion in the Book of Revelation (Paperback) 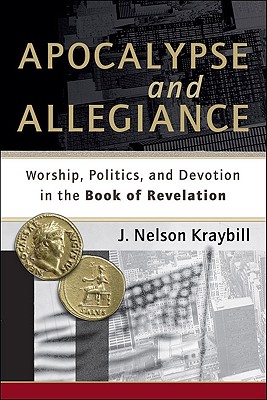 Apocalypse and Allegiance: Worship, Politics, and Devotion in the Book of Revelation (Paperback)


Not On Our Shelves—Ships in 1-5 Days
In this lively introduction, J. Nelson Kraybill shows how the book of Revelation was understood by its original readers and what it means for Christians today. Kraybill places Revelation in its first-century context, opening a window into the political, economic, and social realities of the early church. His fresh interpretation highlights Revelation's liturgical structure and directs readers' attentions to twenty-first-century issues of empire, worship, and allegiance, showing how John's apocalypse is relevant to the spiritual life of believers today. The book includes maps, timelines, photos, a glossary, discussion questions, and stories of modern Christians who live out John's vision of a New Jerusalem.
J. Nelson Kraybill (PhD, Union Theological Seminary in Virginia) has served as president of Associated Mennonite Biblical Seminary and has taught the book of Revelation for more than twenty years on four continents. He is the author of "Imperial Cult and Commerce in John's Apocalypse" and frequently speaks in ecclesial and academic settings on biblical themes of discipleship, peacemaking, leadership, and mission. Kraybill lives in Elkhart, Indiana.