The Sky's the Limit People V. Newton, the Real Trial of the 20th Century? (Paperback) 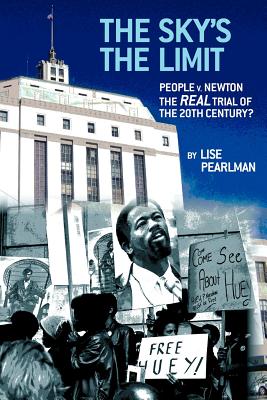 The Sky's the Limit People V. Newton, the Real Trial of the 20th Century? (Paperback)


Not On Our Shelves—Ships in 1-5 Days
ABOUT THE BOOK: Anyone fascinated by true crime and legal thrillers will want to read The Sky's The Limit: People v. Newton, The Real Trial of the 20th Century? In comparing the 1968 trial of Black Panther Party leader Huey Newton to other riveting American trials from 1901 to 1999, author Lise Pearlman revisits historic legal battles featuring murder, rape and kidnapping, skeletons in celebrity closets, class warfare, fixing the World Series, evolution versus creationism, abuse of power and political conspiracy. Each "trial of the century" serves as a window into its own era, but the author asserts that the Newton murder trial following a shootout with two Oakland policemen--where the accused revolutionary put America itself on trial for 400 years of racism-should head the list. It drew an international spotlight on a superpower rocked by two political assassinations and bitterly divided over the Vietnam War and the Civil Rights Movement. At the time, the FBI considered the Black Panthers the greatest internal threat to America's security. So did Party spokesman Eldridge Cleaver, who threatened revolution if Newton were condemned to die. The author contends that the jury's surprising verdict still reverberates today-had it turned out otherwise Barack Obama would likely not be President. ABOUT THE AUTHOR: Lise Pearlman was an undergraduate at Yale during the murder trial of Panther Chairman Bobby Seale in New Haven and has lived most of her adult life in Oakland where the 1968 Huey Newton murder trial took place. She arrived in the fall of 1971 between Newton's second and third trials for the killing of Officer Frey. Now a retired judge, she practices as a mediator with Alternative Resolution Centers.