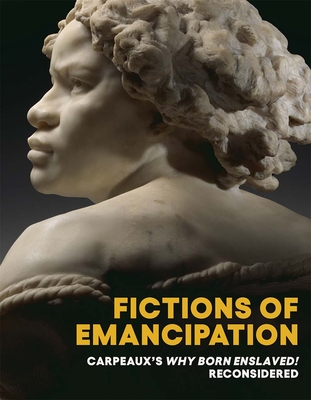 
On Our Shelves Now at:
A critical reexamination of Carpeaux’s bust Why Born Enslaved! and other nineteenth-century antislavery images—this book interrogates the treatment of the Black figure as a malleable political symbol and locus of exoticized beauty

This critical reexamination of Jean-Baptiste Carpeaux’s iconic bust Why Born Enslaved! unpacks the sculpture’s complex and sometimes contradictory engagement with an antislavery discourse. Noted art historians and writers discuss how categories of racial difference grew in popularity in the nineteenth century alongside a crescendo in cultural production in France during the Second Empire. By focusing on Why Born Enslaved! and comparing it to works by Carpeaux’s contemporaries on both sides of the Atlantic, as well as to objects by twenty-first-century artists Kara Walker and Kehinde Wiley, this volume explores such key themes as the portrayal of Black enslavement and emancipation; the commodification of images of Black figures; the role of sculpture in generating the sympathies of its audiences; and the relevance of Carpeaux’s sculpture to legacies of empire. The book also provides a chronology of events central to the histories of transatlantic slavery, abolition, colonialism, and empire.