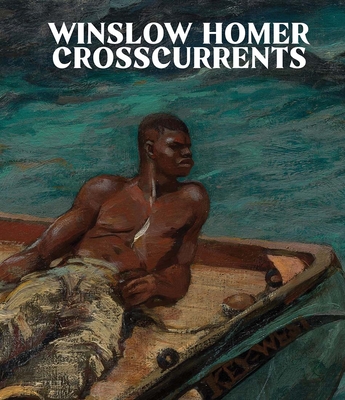 
On Our Shelves Now at:
This timely study of Winslow Homer highlights his imagery of the Atlantic world and reveals themes of racial, political, and natural conflict across his career

Long celebrated as the quintessential New England regionalist, Winslow Homer (1836–1910) in fact brushed a much wider canvas, traveling throughout the Atlantic world and frequently engaging in his art with issues of race, imperialism, and the environment. This publication focuses, for the first time, on the watercolors and oil paintings Homer made during visits to Bermuda, Cuba, coastal Florida, and the Bahamas. Among these, The Gulf Stream (1899), often considered the most consequential painting of his career, reveals Homer’s lifelong fascination with struggle and conflict. Recognizing the artist’s keen ability to distill complex issues, Winslow Homer: Crosscurrents upends popular conceptions and convincingly argues that Homer’s work resonates with the challenges of the present day.

Stephanie L. Herdrich is associate curator of American painting and sculpture, and Sylvia Yount is Lawrence A. Fleischman Curator in Charge of the American Wing, both at The Metropolitan Museum of Art, New York.