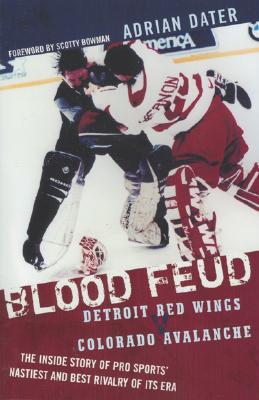 
Not On Our Shelves—Ships in 1-5 Days
In Blood Feud, Colorado Avalanche beat writer Adrian Dater not only submits that the Red Wings-Avalanche rivalry was the most feverish match-up in recent years, but also that there was none better played. No fewer than twenty players have or will eventually make it to the Hall of Fame; the best scorers were matched up against the best goalies; brilliant coaches could be found on both benches; and two of the league's smartest general managers ruthlessly tried to one-up each other at every NHL trade deadline. Blood Feud is a rollicking story of a fierce, and often violent, rivalry.
Adrian Dater covers the Colorado Avalanche for the Denver Post. He lives in Thornton, Colorado.