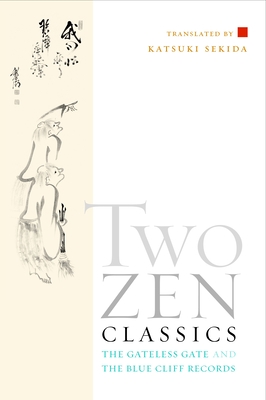 By Katsuki Sekida (Translated by)


Special Order—Subject to Availability
A new translation of The Gateless Gate and The Blue Cliff Records, two classic collections of Zen koans—or guiding ‘riddles’—used in the study of Zen Buddhism

The strange verbal paradoxes called koans have been used traditionally in Zen training to help students attain a direct realization of truths inexpressible in words. The two works translated in this book, Mumonkan (The Gateless Gate) and Hekiganroku (The Blue Cliff Records), both compiled during the Song dynasty in China, are the best known and most frequently studied koan collections, and are classics of Zen literature. They are still used today in a variety of practice lineages, from traditional zendos to modern Zen centers.

"These notes are the fullest and most intelligent that have so far appeared in English."—Japan Times

"Two Zen Classics is a product of Herculean labors, wrought with dedication and understanding."—Philip Kapleau