Beyond Death: Exploring the Evidence for Immortality (Paperback) 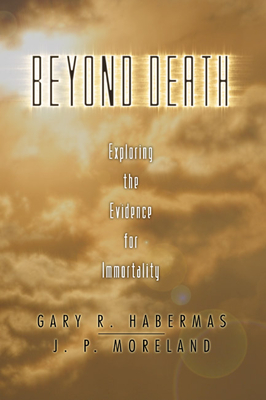 Beyond Death: Exploring the Evidence for Immortality (Paperback)


Not On Our Shelves—Ships in 1-5 Days
Death - and what lies beyond - is not something you consider every day. But the thought of it raises some intriguing questions: Are there good reasons for believing in life after death? What is the afterlife like? How valid are the reports of near death experiences? Do heaven and hell exist? And if so, how can hell be reconciled with a loving God? By sharing the very latest scientific, philosophical, anthropological, ethical, and theological evidence on life after death, noted Christian scholars Habermas and Moreland present a strong case for immortality with this book. They begin by taking up the question of whether life after death is real and what evidence supports its reality. They then explore what the afterlife is like and go on to show how having this reality in your future should affect the way you live here and now. This book will reassure you that there's no need to fear death - as long as you're prepared eternity that follows. It's also a great aid in developing a serious biblical, rational, and even scientific defense for the belief in life beyond the grave.
Gary R. Habermas, Ph.D., chairs the Department of Philosophy and Theology at Liberty University in Lynchburg, Virginia. He has written numerous books and articles on life-after-death issues. J. P. Moreland is Distinguished Professor of Philosophy at Talbot School of Theology, Biola University, and Director of the Center for Christian Worldview and Spiritual Formation. He has authored, edited, or contributed papers to 30 books with publishers ranging from Oxford University Press, Routledge, Wadsworth, and Prometheus to InterVarsity and Zondervan. Among his books are 'Christianity and the Nature of Science', 'Does God Exist?' (with Kai Nielsen), 'The Creation Hypothesis', and 'Philosophical Naturalism: A Critical Analysis and Body and Soul'. He has also published over 30 magazine articles in such publications as 'Christianity Today' and 'Christian Research Journal', and over 60 journal articles in venues such as 'Philosophy and Phenomenological Research', 'American Philosophical Quarterly', 'Australian Journal of Philosophy', 'MetaPhilosophy', 'Pacific Philosophical Quarterly', 'Southern Journal of Philosophy', 'Religious Studies', and 'Faith and Philosophy'.