The First Sikh Spiritual Master: Timeless Wisdom from the Life and Teachings of Guru Nanak (Paperback) 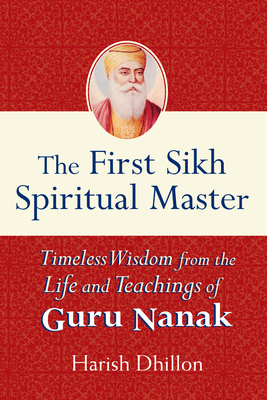 The First Sikh Spiritual Master: Timeless Wisdom from the Life and Teachings of Guru Nanak (Paperback)

Explore the life of a great spiritual leader--and walk the peaceful path toward God-realization.

Guru Nanak, the founder of Sikhism, was born during a period of political and religious turmoil in India in the fifteenth century. Tension between Hindus and Muslims had escalated, leading to greater polarization of the two religions. By establishing Sikhism, Nanak created a synthesis of Hinduism and Islam with the belief that God is One. He advocated a casteless society based on truth, unity and equality.

During his twenty-three years of traveling he taught not only in India but also in Tibet, Ceylon (Sri Lanka) and in the area of the present-day countries of Saudi Arabia, Iraq and Iran, preaching the truth as he perceived it and showing humankind the path to salvation. Highlighting his quest for tolerance and compassion, this fascinating biography tells the story of a unique spiritual leader who showed a gentle, peaceful path to realizing God.

Admired, loved and respected even in his lifetime, Guru Nanak continues to command admiration and respect five hundred years after he lived, with his lasting universal message of Absolute Unity more urgent and necessary than ever before.