What Is Man?: Adam, Alien or Ape? (Paperback) 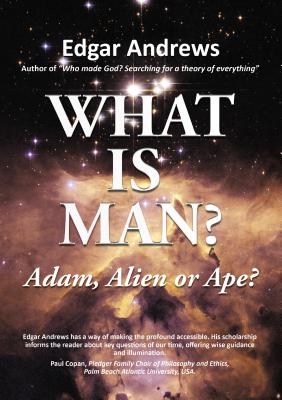 What Is Man?: Adam, Alien or Ape? (Paperback)

In 1906, American humorist Mark Twain published a sixty-page essay entitled "What is man?" Consisting of an interminable dialogue between a senior citizen (who believes that man is just a machine) and a young man (who believes nothing in particular but is open to persuasion), it wasn't one of his finest books. But at least he tried. Authors since then seem to have avoided the subject like the plague, often tackling the respective roles of men and women in society but seldom asking deeper questions about what it means to be human. When the psalmist asked, "What is man?" (Psalm 8 v.4) he was, I think, seeking an altogether more profound answer.

Avoidance of the subject is all the more strange because there has never been a time like our own when curiosity about human origins and destiny has been greater, or the answers on offer more hotly disputed. It's a safe bet that any attempt to give the "big picture" on the origin, nature and specialness of mankind will be contentious --which might explain why writers have generally fought shy of it. Yet at heart it is the question most of us really do want answered, because the answer defines that precious thing we call our identity, both personally and as a race.

The Psalmist did, of course, offer his own answer three millennia ago. Man, he claimed, was created by God for a clearly defined purpose -- to exercise dominion over planet earth and (by implication) to ultimately share something of the glory of the divine nature. The rest, as they say, is history, but it's not a happy tale. As Mark Twain says in another essay; "I can't help being disappointed with Adam and Eve". Not surprisingly, then, a large proportion of humanity today are looking for alternative solutions, accepting the challenge of the Psalmist's question without embracing the optimism of his answer.