God the Known and God the Unknown (Paperback) 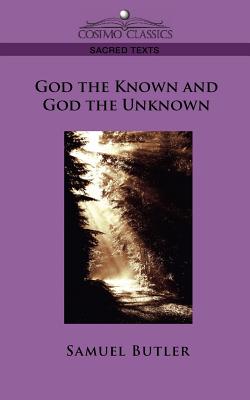 God the Known and God the Unknown (Paperback)


Not On Our Shelves—Ships in 1-5 Days
I will show that man has been so far made in the likeness of this Person of God, that He possesses all its essential characteristics, and that it is this God who has called man and all other living forms, whether animals or plants, into existence... And I will show this with so little ambiguity that it shall be perceived not as a phantom or hallucination... -from "Chapter II: Common Ground" Samuel Butler was a vocal apologist for theistic concepts, but this classic essay has been largely unavailable in standalone form since it first appeared as a series of articles in The Examiner from May to July 1879. Here, he decries pantheism; dismisses orthodox theism, which to him denies the physical existence of God to focus only on the spiritual; and goes on to explain his understanding of the "likeness," or physicality, of God, and how it leads to the "certainty" of life after death. This is a vital work for appreciating Butler's other criticisms of scientific rationalism, including his 1879 book Evolution, Old and New. British author SAMUEL BUTLER (1835-1902) is best known for his satire Erehwon.