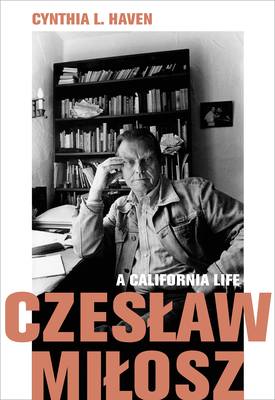 The first book about the Nobel Laureate's transformative but conflicted time in the Golden State.

"There is much to learn from this book about Milosz and California, yes, but also about poetry and the world."--Ilya Kaminsky

Czeslaw Milosz, one of the greatest poets and thinkers of the past hundred years, is not generally considered a Californian. But the Nobel laureate spent four decades in Berkeley--more time than any other single place he lived--and he wrote many of his most enduring works there. This is the first book to look at his life through a California lens. Filled with original research and written with the grace and liveliness of a novel, it is both an essential volume for his most devoted readers and a perfect introduction for newcomers.

Milosz was a premier witness to the sweep of the twentieth century, from the bombing of Warsaw in World War II to the student protests of the sixties and the early days of the high-tech boom. He maintained an open-minded but skeptical view of American life, a perspective shadowed by the terrors he experienced in Europe. In the light of recent political instability and environmental catastrophe, his poems and ideas carry extra weight, and they are ripe for a new generation of readers to discover them. This immersive portrait demonstrates what Milosz learned from the Golden State, and what Californians can learn from him.