The Origin of Paul's Religion: The Classic Defense of Supernatural Christianity (Paperback) 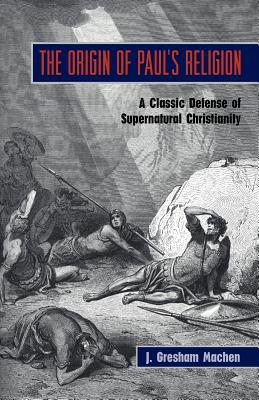 The Origin of Paul's Religion: The Classic Defense of Supernatural Christianity (Paperback)


Not On Our Shelves—Ships in 1-5 Days
His first book, 'The Origin of Paul's Religion' (1921) was a masterful and forthright defense of the historical truthfulness and supernaturalism of the New Testament. This volume is taken from the James Sprunt Lectures delivered at Union Theological Seminary in Virginia. Machen is absolutely masterful in dealing with the anti-supernaturalism that was beginning to dominate the church in the early decades of the twentieth century. Although written 85 years ago it remains a model of biblical scholarship and warm piety. "In an age when the nature and content of Paul's message are once again under scrutiny, evangelical and Reformed readers will benefit immensely from a close reading of Machen's masterwork. This book is an outstanding example of careful, patient scholarship that received high praise when it was first published and continues today to demand attention." - R. Scott Clark "J. Gresham Machen not only believed, practised, and proclaimed Paul's gospel, he was also able to defend its authenticity at the highest scholarly level. Because 'The Origin of Paul's Religion' penetrates to the heart of the matter it continues to speak to contemporary controversies over the nature of the gospel and the Christian faith." - Sinclair Ferguson.