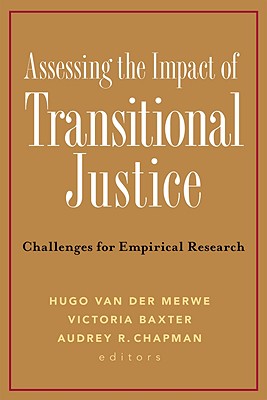 
Special Order—Subject to Availability
As new forms of government replace repressive regimes, the perennial question arises: how to deal with the wrongdoers of the old regime? In the effort to heal and rebuild societies torn by violence, new governments and the international community have tried mechanisms ranging from criminal trials and financial restitution to public denunciation to more symbolic measures such as truth commissions. The results have been mixed. But out of the often failed transitional justice processes of the past, a body of empirical research is emerging that can provide, if not prescriptive answers, at least better questions.In Assessing the Impact of Transitional Justice, fourteen leading researchers study seventy countries that have suffered from autocratic rule, genocide, and protracted internal conflict. The authors gauge the effectiveness of various transitional justice mechanisms in wide-ranging sociocultural contexts. In a dramatic departure from the typically discursive, anecdotal literature, they use empirical research to make statistical comparisons among the bewildering array of factors that can affect the success or failure of transitional justice. Their findings will prove vitally important for policymakers, legal advocates, and anyone else faced with the daunting task of implementing or monitoring restorative justice processes.