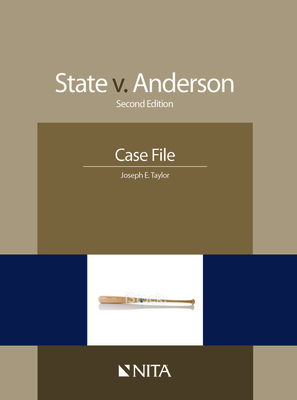 
Not On Our Shelves—Ships in 1-5 Days
In State v. Anderson, when defendant Raymond Anderson resolves a fender bender by beaning Wayne Henkel with a baseball bat and stealing his truck, the State charges Anderson with assault with a deadly weapon and robbery. Anderson's prior conviction for first degree burglary throws him a curveball by invoking the State's three strikes law, making another conviction a mandatory state prison case and doubling Anderson's likely sentence. After the first trial ends in a hung jury, the State retries the case. Anderson refines the student's advocacy and examination skills through this full trial, which includes visual aids and video testimony, head trauma experts, and a lineup of witnesses going to bat for the State and Anderson.