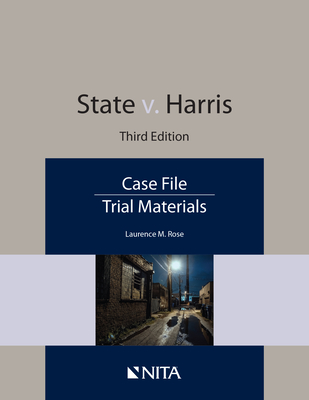 In this adaptation of NITA's civil case file, Fordyce v. Harris and Felson, defendant Gerald Harris is charged with first degree assault with a deadly weapon. On the night of March 2, Henry Fordyce and his friend Eva Marie Long were having drinks at Gus's Bar & Grill in Nita City. Fordyce claims that Harris and his friend Eddie Felson were leering at and making insulting comments about Long, and when Fordyce confronted Harris and Felson, the three men got into a fight. After the police broke up the fight and all parties had left the bar, Fordyce claims that he was jumped in an alley and beaten by Harris and Felson. Felson agreed to testify against Harris as part of a plea agreement in a different case.

Updated to reflect current monetary amounts, text messaging, and issues regarding evidence-gathering and chain of custody, this case file is designed to be used in a trial advocacy program as skill exercises or a final trial--or both. In addition, along with its companion file, Fordyce v. Harris and Felson, it can be effectively used to highlight the differences between civil and criminal advocacy techniques. Exhibits, diagrams, and police reports have been updated. Four new exhibits have been added, including photos of the weapon and a forensic evidence report.

There are four witnesses for each side, no experts.