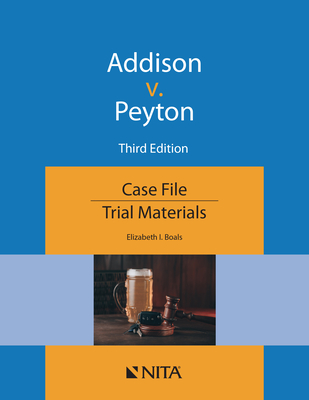 By Elizabeth I. Boals

Building contractor Taylor Addison suffered severe first- and second-degree burns when someone sideswiped her parked car. The impact spilled scalding coffee over her left hand, leaving her slightly scarred. In this civil case version of State v. Peyton, Addison has filed a complaint against Jordan Peyton alleging negligence and negligence per se. Addison further alleges that Peyton operated her car in an unsafe manner while under the influence of alcohol and struck Addison's car causing the coffee she was holding to spill over onto her hand, which resulted in severe burns. Is the damage on Peyton's car proof of a collision with Addison's, or merely coincidence? How do the field sobriety tests and BAC evidence influence the determination on whether Peyton hit Addison's car? Was Peyton's arrest and breathalyzer test mishandled? Advocates will enjoy working either side of this well-balanced case.

New to the Third Edition: