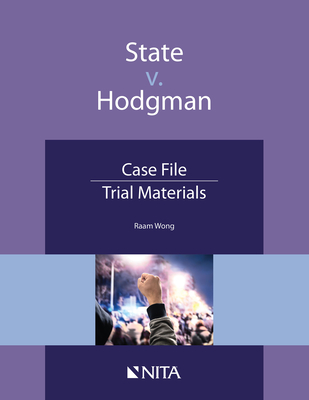 Tempers flare and ideals clash following the presidential inauguration of far-right businessman Daniel Stack. As his celebratory supporters gather on a university campus that night, black-clad anarchists suddenly appear and clash with the "Take Back America" crowd. During one melee, Emily Hodgman shoots anarchist Jeremy Dane in the stomach. Emily claims she was defending her husband from a knife-wielding Jeremy. But Emily's Facebook messages suggest it was an act of political violence fueled by her online radicalization. And now attorneys must convince jurors to rise above partisanship and untangle the chaotic events, even as Jeremy refuses to testify and his knife has gone missing.

This timely case file offers a balanced viewpoint of both political extremes during an unprecedented era in American politics. The exhibits include pictures from an actual clash between protest participants, providing a taste of the challenges posed by real-world exhibits--photos are not always clear, and the moments they capture can be open to interpretation. Unique expert opinions about online extremism, video game culture, and the body's fight-or-flight response round out the testimony. Quick and entertaining, State v. Hodgman will provide a realistic training environment while keeping participants interested and engaged.

Instructors and participants will benefit from: