Arminius and the Reformed Tradition: Grace and the Doctrine of Salvation (Paperback) 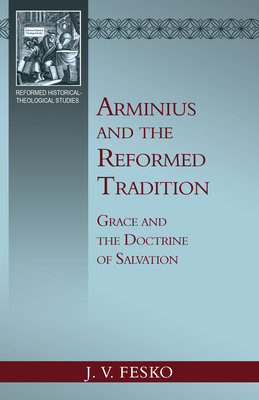 Arminius and the Reformed Tradition: Grace and the Doctrine of Salvation (Paperback)

Some scholars argue that Jacob Arminius was a Reformed theologian and held to the basic tenets of Reformed soteriology. But is this the best way to understand Arminius? In this perceptive set of essays, J. V. Fesko reassesses the context and meaning of Arminius's writings on topics such as predestination, effectual calling, union with Christ, justification, and perseverance. Granting that Arminius ministered within the Reformed church and held many theological points of continuity with Reformed orthodoxy, Fesko demonstrates that Arminius's understanding of salvation differed significantly enough from confessional norms to conclude that he presented an alternative Protestant conception of soteriology. To view his soteriology as anything less is an effort to rewrite history and even to disrespect Arminius's work.

J. V. Fesko is Harriet Barbour Professor of Systematic and Historical Theology at Reformed Theological Seminary, Jackson, Mississippi, and an ordained minister in the Orthodox Presbyterian Church. Dr. Fesko's interests include early modern Reformation and post-Reformation theology, the integration of biblical and systematic theology, and soteriology, especially the doctrine of justification. Dr. Fesko has authored or edited more than twenty books and written fifty published essays for various journals and books.