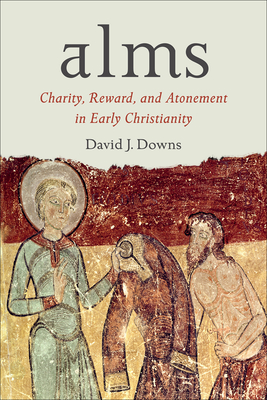 Christianity has often understood the death of Jesus on the cross as the sole means for forgiveness of sin. Despite this tradition, David Downs traces the early and sustained presence of yet another means by which Christians imagined atonement for sin: merciful care for the poor.

In Alms: Charity, Reward, and Atonement in Early Christianity, Downs begins by considering the economic context of almsgiving in the Greco-Roman world, a context in which the overwhelming reality of poverty cultivated the formation of relationships of reciprocity and solidarity. Downs then provides detailed examinations of almsgiving and the rewards associated with it in the Old Testament, Second Temple Judaism, and the New Testament. He then attends to early Christian texts and authors in which a theology of atoning almsgiving is developed-- 2 Clement, the Didache, the Epistle of Barnabas, Polycarp, Clement of Alexandria, Origen, and Cyprian. In this historical and theological reconstruction, Downs outlines the emergence of a model for the atonement of sin in Christian literature of the first three centuries of the Common Era, namely, atoning almsgiving, or the notion that providing material assistance to the needy cleanses or covers sin.

Downs shows that early Christian advocacy of almsgiving's atoning power is located in an ancient economic context in which fiscal and social relationships were deeply interconnected. Within this context, the concept of atoning almsgiving developed in large part as a result of nascent Christian engagement with scriptural traditions that present care for the poor as having the potential to secure future reward, including heavenly merit and even the cleansing of sin, for those who practice mercy. Downs thus reveals how sin and its solution were socially and ecclesiologically embodied, a vision that frequently contrasted with disregard for the social body, and the bodies of the poor, in Docetic and Gnostic Christianity.

Alms, in the end, illuminates the challenge of reading Scripture with the early church, for numerous patristic witnesses held together the conviction that salvation and atonement for sin come through the life, death, and resurrection of Jesus and the affirmation that the practice of mercifully caring for the needy cleanses or covers sin. Perhaps the ancient Christian integration of charity, reward, and atonement has the potential to reshape contemporary Christian traditions in which those spheres are separated.

David Downs is a Fellow of Keble College and Clarendon-Laing Associate Professor in New Testament Studies, University of Oxford.