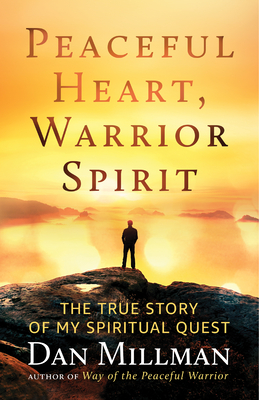 
Not On Our Shelves—Ships in 1-5 Days
"This story is mine, but the way belongs to us all."
-- Dan Millman Dan Millman's books and teachings have been a guiding light to millions of people. Now comes the true story of his search for the good life, a quest for meaning in the modern world. In vivid detail, he describes his evolution from childhood dreamer to world-class athlete, including the events that led him to write the spiritual classic Way of the Peaceful Warrior. Over the course of two decades Dan was guided by four radically different mentors: the Professor, a scientist-mystic; the Guru, a charismatic spiritual master; the Warrior-Priest, a rescuer of lost souls; and the Sage, a servant of reality. Each of them generated mind-expanding experiences that prepared Dan for his calling as a down-to-earth spiritual teacher. This book also contains commentaries by his wife Joy with her perspectives of the four mentors and their life together. At times funny, at times poignant, this memoir will delight Dan's longtime fans and inspire new generations of readers who wish to live with a peaceful heart and a warrior's spirit.

Dan Millman teaches "the peaceful warrior's way" in the United States and around the world. Author of eighteen books published in twenty-nine languages, Dan is also a former world-champion athlete, Stanford University gymnastics coach, martial arts instructor, and Oberlin College professor. His book Way of the Peaceful Warrior was adapted into a 2006 feature film. Dan and his wife, Joy, live in Brooklyn, New York. PeacefulWarrior.com