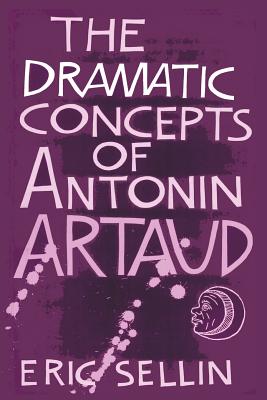 Antonin Artaud (1896-1948) conceived and inaugurated the Theater of Cruelty, a dramatic movement that has had a profound influence on the avant-garde theater in Europe and the United States. The movement is exemplified by the Peter Brook production of Marat/Sade. This book, the first to analyze Artaud's theories, their sources, and the extent to which he succeeded in implementing them in his own plays, is now available in a 2017 edition, readily accessible to scholars and interested fans of literary criticism and the modern theater worldwide.

The new edition adds a thoughtful Foreword by Professor Peter Thompson of Roger Williams University. Originally published by The University of Chicago Press, the book is brought to a new generation by Quid Pro Books, in modern paperback, hardcover, and digital editions.

"It is a vital, thoroughly documented theater arts document containing a truly comprehensive bibliography. The writer's manner is direct, his conclusions informative, and the scope of his analysis far exceeds any other work yet published on Artaud."
- Choice (in reviewing the first edition)

This sophisticated study remains essential reading for all scholars interested in modern French literature and the evolution of twentieth-century drama, for the many devotees of avant-garde theater, and for those who have felt puzzled by the superficiality of much contemporary drama.

ERIC SELLIN is Professor Emeritus of French at Tulane University. Previously, he taught French and Comparative Literature for twenty-eight years at Temple University. Sellin has also taught at Clark University and at the Universities of Pennsylvania, Bordeaux, Algiers, and Dakar. Sellin has authored several books and essays on a wide variety of topics, including comparative literature, art, and aesthetics. He has also published a dozen books and chapbooks of poetry in English and French.