Games without Rules: The Often-Interrupted History of Afghanistan (Paperback) 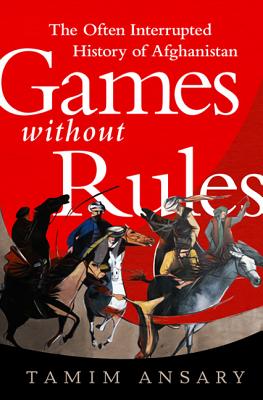 Games without Rules: The Often-Interrupted History of Afghanistan (Paperback)


Not On Our Shelves—Ships in 1-5 Days
By the author of Destiny Disrupted: An enlightening, lively, accessible, history of Afghanistan from 1840 to today, from the Afghan point of view, that illuminates how Great Power conflicts have interrupted an ongoing, internal struggle to take form as a nation.

Five times in the last two centuries, some great power has tried to invade, occupy, or otherwise take control of Afghanistan. And as Tamim Ansary shows in this illuminating history, every intervention has come to grief in much the same way and for much the same reason: The intervening power has failed to understand that Afghanistan has a story of its own, a story that continues to unfold between, and despite, the interventions.

Games without Rules tells this story from the inside looking out. Drawing on his Afghan background, Muslim roots, and Western and Afghan sources, Ansary weaves an epic that moves from a universe of village republics--the old Afghanistan--through a tumultuous drama of tribes, factions, and forces, to the current struggle.

Ansary paints a richly textured portrait of a nation that began to form around the same time as the United States but is still struggling to coalesce; a nation driven by its high ambitions but undermined by its own demons, while every forty to sixty years a great power crashes in and disrupts whatever progress has been made. A compelling narrative told in an accessible, conversational style, Games without Rules offers revelatory insight into a country long at the center of international debate, but never fully understood by the outside world.
Tamim Ansary is the author of Destiny Disrupted and Games without Rules, among other books. For ten years he wrote a monthly column for Encarta.com, and has published essays and commentary in the San Francisco Chronicle, Salon, Alternet, TomPaine.com, Edutopia, Parade, Los Angeles Times, and elsewhere. He has appeared on the Oprah Winfrey Show, Bill Moyers, PBS The News Hour, Al Jazeera, and NPR. Born in Afghanistan in 1948, he moved to the U.S. in 1964. He lives in San Francisco.