Army of the Roman Emperors (Hardcover) 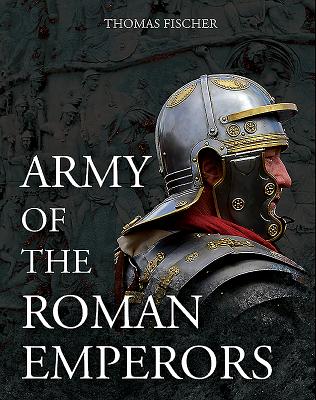 Army of the Roman Emperors (Hardcover)


Special Order—Subject to Availability
This new work excels in presenting the archaeological evidence that is critical to a complete understanding of Rome's military might. - Booklist

Compared to modern standard, the Roman army of the imperial era was surprisingly small. However, when assessed in terms of their various tasks, they by far outstrip modern armies - acting not only as an armed power of the state in external and internal conflicts, but also carrying out functions which nowadays are performed by police, local government, customs and tax authorities, as well as constructing roads, ships, and buildings.

With this opulent volume, Thomas Fischer presents a comprehensive and unique exploration of the Roman military of the imperial era. With over 600 illustrations, the costumes, weapons and equipment of the Roman army are explored in detail using archaeological finds dating from the late Republic to Late Antiquity, and from all over the Roman Empire. The buildings and fortifications associated with the Roman army are also discussed. By comparing conflicts, border security, weaponry and artifacts, the development of the army through time is traced.

This work is intended for experts as well as to readers with a general interest in Roman history. It is also a treasure-trove for reenactment groups, as it puts many common perceptions of the weaponry, equipment and dress of the Roman army to the test.