A Race for Madmen: The History of the Tour de France (Hardcover) 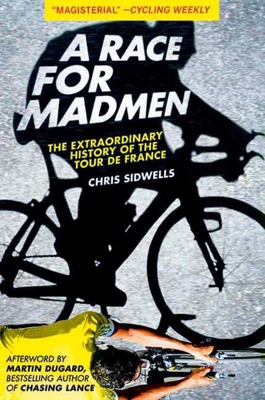 A Race for Madmen: The History of the Tour de France (Hardcover)


Special Order—Subject to Availability
Initially founded to demonstrate a new British invention—the bicycle—and as a venue to show off the French countryside, the Tour de France continues to exhibit the most extraordinary feats of human endurance from its competitors. Now cyclist and journalist Chris Sidwells brings the Tour to life by pulling back the curtain on the behind-the-scenes battles, tactics, and technology that have played such a large role in the race from its inception.