Year of the Dunk: My Search for the History, Science, and Human Potential in Basketball?s Most Dramatic Play (Paperback) 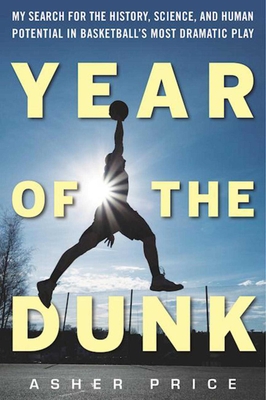 Year of the Dunk: My Search for the History, Science, and Human Potential in Basketball?s Most Dramatic Play (Paperback)


Special Order—Subject to Availability
The showmanship of basketball’s slam dunk mesmerized Asher Price as a child, but even with his height (six foot plus) and impressive wingspan, he never pushed himself to try it—until now. Approaching middle age, Asher decides to spend a year remaking his body and testing his mind as he wonders what untapped talent he still possesses. In Year of the Dunk, Asher introduces us to a memorable cast of characters who help him understand the complexity of the human body and the individual drama at the heart of sports. Along the way he dives into the history and science of one of sports’ most exuberant acts, examining everything from our genetic predisposition towards jumping to the cultural role of the slam dunk. The year-long effort forces him to ask some fundamental questions about human ability and the degree to which we can actually improve ourselves, even with great determination.
Asher Price grew up in New York City, studied English at Yale and has graduate degrees in public policy and journalism from Oxford and Columbia. He now lives in Austin with his wife and their dog, and writes about energy and the environment for the Austin American-Statesman. He plays pick-up basketball on the neighborhood court every Sunday morning.