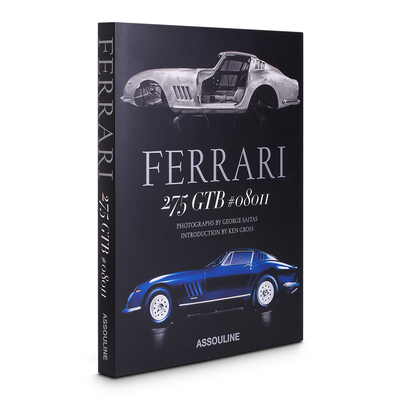 
Special Order—Subject to Availability
In 1964, one automobile shook the collective foundations of automotive design and motorsport competition. Ferrari 275 GTB follows the restoration process of this rare gem with in-depth illustrations as the famous car finds new life under cra smen's expert hands. Produced only between 1964-68, the model redefined workmanship and established itself in a class all its own; Enzo Ferrari's persuasion even led to its becoming a legendary sports car. Ferrari 275 GTB is a breathtakingly illustrated tribute to one of the greatest feats of artistry the automotive industry has ever known.