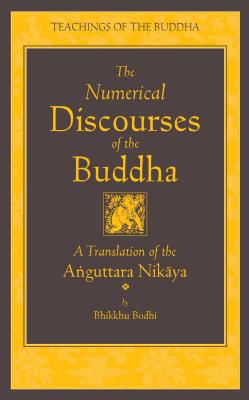 By Bhikkhu Bodhi (Translated by)


Not On Our Shelves—Ships in 1-5 Days
Discover with the original teachings of the Buddha in this thorough translation of some of the oldest Buddhist texts in the world.

Like the River Ganges flowing down from the Himalayas, the entire Buddhist tradition flows down to us from the teachings and deeds of the historical Buddha, who lived and taught in India during the fifth century B.C.E. To ensure that his legacy would survive the ravages of time, his direct disciples compiled records of the Buddha's teachings soon after his passing.

In the Theravada Buddhist tradition, which prevails in Sri Lanka and Southeast Asia, these records are regarded as the definitive "word of the Buddha." Preserved in Pali, an ancient Indian language closely related to the language that the Buddha spoke, this full compilation of texts is known as the Pali Canon.

At the heart of the Buddha's teaching were the suttas (Sanskrit sutras), his discourses and dialogues. If we want to find out what the Buddha himself actually said, these are the most ancient sources available to us. The suttas were compiled into collections called "Nikayas," of which there are four, each organized according to a different principle. The Digha Nikaya consists of longer discourses; the Majjhima Nikaya of middle-length discourses; the Samyutta Nikaya of thematically connected discourses; and the Anguttara Nikaya of numerically patterned discourses.

The Numerical Discourses  contains a full translation of the Anguttara Nikaya. The Anguttara arranges the Buddha's discourses in accordance with a numerical scheme intended to promote retention and easy comprehension. In an age when writing was still in its infancy, this proved to be the most effective way to ensure that the disciples could grasp and replicate the structure of a teaching.

In 2013, Venerable Bhikkhu Bodhi was awarded the 2013 Khyentse Foundation Prize for Outstanding Translation.

Bhikkhu Bodhi’s translation and compilation also includes a useful thematic guide to the Anguttara Nikaya, so that readers can browse the volume by topic. Find the teachings to further your practice and bring clarity to your life today by diving into this rich treasure of the Buddhist literary tradition. With this volume, readers can learn about the life of the Buddha, instructions for maintaining a harmonious household, monastic practice and lifestyle, meditation practice, and the Sangha (Buddhist community).
Ven. Bhikkhu Bodhi is an American Buddhist monk from New York City, born in 1944. He obtained a BA in philosophy from Brooklyn College and a PhD in philosophy from Claremont Graduate School. After completing his university studies he traveled to Sri Lanka, where he received novice ordination in 1972 and full ordination in 1973, both under the leading Sri Lankan scholar-monk, Ven. Balangoda Ananda Maitreya (1896-1998). From 1984 to 2002 he was the editor for the Buddhist Publication Society in Kandy, where he lived for ten years with the senior German monk, Ven. Nyanaponika Thera (1901-1994), at the Forest Hermitage. He returned to the U.S. in 2002. He currently lives and teaches at Chuang Yen Monastery in Carmel, New York. Ven. Bodhi has many important publications to his credit, either as author, translator, or editor. These include The Middle Length Discourses of the Buddha (Majjhima Nikaya, 1995), The Connected Discourses of the Buddha (Samyutta Nikaya, 2000), and The Numerical Discourses of the Buddha (Anguttara Nikaya, 2012). In 2008, together with several of his students, Ven. Bodhi founded Buddhist Global Relief, a nonprofit supporting hunger relief, sustainable agriculture, and education in countries suffering from chronic poverty and malnutrition.
"A triumph."
— The Middle Way

"As close as we'll get to the original teachings and account of the life of the Buddha."
— Tricycle

"A book to be kept close at hand for a lifetime--it will long endure as a classic of scholarship and render the teachings of the historical Buddha accessible to any who have eyes to see and the interest to look."
— Inquiring Mind

"An amazing work that speaks to us across 2500 years [to] open up new and precious insights into the depths of Buddhist history and thought."
— Mountain Record

"A priceless gift."
— Joseph Goldstein, author of A Heart Full of Peace and One Dharma

"Bhikkhu Bodhi is a brilliant translator."
— Jack Kornfield, author of After the Ecstasy, the Laundry