The Buddhist Literature of Ancient Gandhara: An Introduction with Selected Translations (Classics of Indian Buddhism) (Paperback) 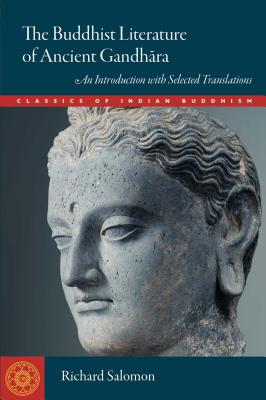 The Buddhist Literature of Ancient Gandhara: An Introduction with Selected Translations (Classics of Indian Buddhism) (Paperback)


Special Order—Subject to Availability
Discover the fascinating history of a long-hidden Buddhist culture at a historic crossroads.

In the years following Alexander the Great’s conquest of the East, a series of empires rose up along the Silk Road. In what is now northern Pakistan, the civilizations in the region called Gandhara became increasingly important centers for the development of Buddhism, reaching their apex under King Kaniska of the Kusanas in the second century CE. Gandhara has long been known for its Greek-Indian synthesis in architecture and statuary, but until about twenty years ago, almost nothing was known about its literature. The insights provided by manuscripts unearthed over the last few decades show that Gandhara was indeed a vital link in the early development of Buddhism, instrumental in both the transmission of Buddhism to China and the rise of the Mahayana tradition. The Buddhist Literature of Ancient Gandhara surveys what we know about Gandhara and its Buddhism, and it also provides translations of a dozen different short texts, from similes and stories to treatises on time and reality.
Professor Richard G. Salomon of the University of Washington is a leading figure in the field of early Buddhist studies. He directs the Early Buddhist Manuscripts Project and is general editor of the Gandharan Buddhist Texts series published by the University of Washington Press. He lives in Seattle, Washington.
“This wonderful book provides tantalizing glimpses of a forgotten Buddhist civilization, one that flourished at the geographical crossroads of Indian, Persian, Hellenistic, and Central Asian cultures around the time of Christ. A world rich in religious devotion, human conflict, and philosophical reflection emerges as though by magic from the meticulous reading by a dedicated group of scholars of fragile textual fragments written on birchbark. The book not only introduces us to ancient Gandhara but also enriches our understanding of the complex currents of ideas that formed the diverse Buddhist traditions of India, Central Asia, and China.”
— Stephen Batchelor, author of After Buddhism

"Every now and then, the adventure of scholarship leaps from the pages of a book. With a detective’s eye and a storyteller’s pen, Professor Salomon shares a scholar’s delight in these Silk Road texts and contexts."
— Hozan Alan Senauke, Berkeley Zen Center

“This book opens a window on an early phase of Buddhist literary history that only a century ago seemed lost forever. It is a testament to the indefatigable efforts of a small band of scholars, led by Richard Salomon himself, who have toiled to make this precious material accessible to us. Working with fragile and often fragmentary manuscripts written in a nearly lost language, these scholars have been able to reconstruct an astonishingly detailed picture of the Gandhari Buddhist literary culture that once flourished in a region now corresponding to northern Pakistan and eastern Afghanistan. The texts of Gandhari Buddhism presented in this work strikingly demonstrate the essential unity of the early Buddhist tradition even across widely separated geographical regions.”
— Bhikkhu Bodhi, author of In the Buddha’s Words

“The recent discovery of hundreds of Buddhist manuscripts in Pakistan and Afghanistan, written in the ancient Gandhari language, has revolutionized our understanding of the early history of Buddhism. In this remarkable book Richard Salomon gives the reader a glimpse into a lost world of Buddhist thought and practice, in which the Theravada was only one of many Buddhist schools, each of which composed and transmitted its own version of the Buddha’s words. This work makes available several previously unknown Buddhist texts, as well as new versions of scriptures known only in Pali.”

“The author has been a pioneer in the decipherment and translation of these previously unknown scriptures. Until now the study of Gandhari texts has been a highly technical field accessible only to specialists, but here Salomon makes the fruits of more than two decades of study accessible to general readers and specialists alike. This stunning achievement belongs on the bookshelf of every reader who is interested in the history of Buddhism.”
— Jan Nattier, author of A Few Good Men: The Bodhisattva Path according to “The Inquiry of Ugra”