The End of Christianity (Paperback) 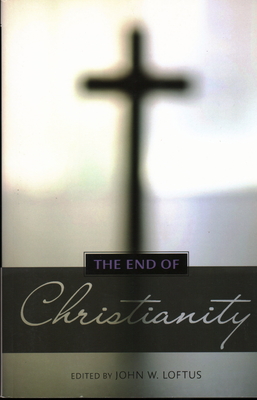 The End of Christianity (Paperback)


Special Order—Subject to Availability
In this successor to his critically acclaimed anthology, The Christian Delusion: Why Faith Fails, a former minister and now leading atheist spokesperson has assembled a stellar group of respected scholars to continue the critique of Christianity begun in the first volume. Contributors include Victor Stenger, Robert Price, Hector Avalos, Richard Carrier, Keith Parsons, David Eller, and Taner Edis.

Loftus is also the author of the best-selling Why I Became an Atheist: A Former Preacher Rejects Christianity. Taken together, the Loftus trilogy poses formidable challenges to claims for the rationality of the Christian faith.

Anyone with an interest in the philosophy of religion will find this compilation to be intellectually stimulating and deeply thought provoking.
John W. Loftus (Angola, IN) earned MA and MDiv degrees in theology and philosophy from Lincoln Christian Seminary under the guidance of Dr. James D. Strauss. He then attended Trinity Evangelical Divinity School, where he studied under Dr. William Lane Craig and received a ThM degree in philosophy of religion. Before leaving the church, he had ministries in Michigan, Illinois, and Indiana, and he taught at several Christian colleges. He is also the editor of The Christian Delusion: Why Faith Fails and The End of Christianity. In addition, he has an online blog at http://debunkingchristianity.blogspot.com.
"Loftus's book is admirable for its bluntness and single-minded drive toward the belief that science-itself a human construct and thus as subject to flaws as religion-is mankind's saving grace…Provocative"
-Kirkus Reviews

"John Loftus and his distinguished colleagues have hit another home run. This book should win the game: Christianity, it's strike three and you are out!"
-Dan Barker, copresident, Freedom from Religion Foundation; author of Godless: How an Evangelical Preacher Became One of America's Leading Atheists