Created to Be His Help Meet: 10th Anniversary Edition-Revised, Expanded and Updated (Paperback) 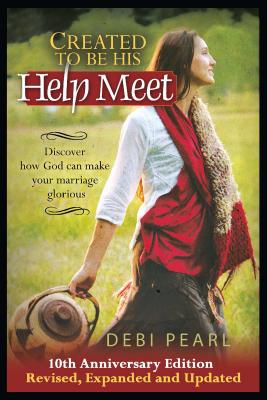 Created to Be His Help Meet: 10th Anniversary Edition-Revised, Expanded and Updated (Paperback)


Not On Our Shelves—Ships in 1-5 Days
Michael Pearl was raised in Memphis, Tennessee. Mike is a graduate of Crighton College in Memphis. He worked with Memphis Union Mission for 25 years, while he ministered in hospitals and churches to military families. God eventually led him into the ministry of writing on child training and family relationships, which he now feels is his life's work and calling.Debi Pearl was raised in Memphis, TN, in good homes, by parents who were faithful to point her to God. As a teen Debi was involved in witnessing, ministering to the sick and wounded veterans, and serving in hospitals. Debi along with her husband Michael, write on child training and family relationships. Independently, Debi has written a "Help Meet" series of books for both single and married women along with the Yell and Tell books which are a warning for children against sexual predators.