Crossing the Line: A Memoir of Race, Religion, and Change (Paperback) 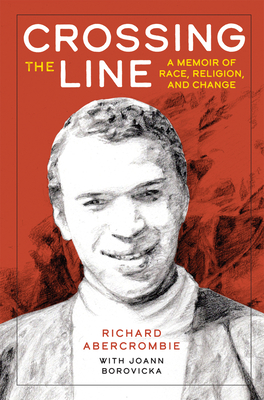 Crossing the Line: A Memoir of Race, Religion, and Change (Paperback)


Special Order—Subject to Availability
At 14, Richard (Ricky) Abercrombie was besieged by prejudice because of his multi-racial background and angered by unsatisfactory answers to his heartfelt questions about religious truth. The time was 1960, and the place was Greenville, South Carolina. Ricky began carrying a gun, skipping school, and numbing his painful emotions with alcohol. His parents were worried and his future looked bleak. What happened next – an invitation to a birthday party at the home of a Bahá’í family – changed his life forever. Ricky became intrigued by Bahá’í teachings on racial equality, peaceful strategies for social justice, and the fundamental unity of religion. As he investigated these teachings, Ricky experienced a profound spiritual awakening that led him to give up the gun, stop drinking, and engage in life with hope and joy. His friends and family initially opposed his dangerous new association with racially integrated groups, but Ricky’s steadfastness drew them into investigating his new beliefs themselves. This true story of how a rebellious teenager transformed his own character and affected the lives of dozens of friends and family members is a cover-to-cover delight.
Richard Abercrombie has traveled in Africa, Asia, Europe, and the Middle East in the pursuit of knowledge as well as in service to the Baha’i Faith, and he has served in a number of elected and appointed positions in the Baha’i community. Richard currently resides in South Carolina, where he serves on the Local Spiritual Assembly of the Baha’is of Greenville and delights everyone with his down-home humor. JoAnn Borovicka is a freelance researcher, writer, and educational consultant whose creative ventures have included immersion in a wide range of subjects as well as performing and visual art forms. She is the author of Light of the Kingdom—Biblical Topics in the Baha’i Writings and additional interfaith works, a presenter at theology colloquiums and other venues, and a prolific mixed-media artist. JoAnn has served in a number of elected and appointed positions in service to the Baha’i Faith.