When the Moon Set Over Haifa (Paperback) 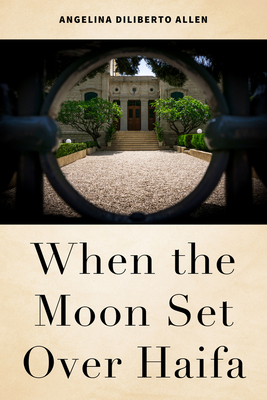 When the Moon Set Over Haifa (Paperback)


Backordered
On November 28, 1921, the head of the Bahá’í Faith, ‘Abdu’l-Bahá, passed away. There were six Western believers in Haifa on the night of the ascension of ‘Abdu’l-Bahá: Mr. John Bosch and Mrs. Louise Stapfer Bosch from Geyserville, California; Dr. Florian Krug and Mrs. Grace Krug from New York, and Fraulein Johanna Hauff from Stuttgart. All of them were there as pilgrims. The only other Western believer present in Haifa was Mr. Curtis Kelsey from New York, who was in Haifa to install electrical power plants to light the shrines of the Báb and Bahá’u’lláh. This book tells the story of these believers, how they became Bahá’ís, the circumstances that led them to Haifa, and how their experience at the time of the ascension of ‘Abdu’l-Bahá shaped their path of service to the Cause of God. The intent is to give the reader the feeling of being in the holy land, one hundred years ago, when the moon of ‘Abdu’l-Bahá set over Haifa.
Angelina Allen holds a BA in English from San Diego State University and a Master’s in Writing and Rhetoric from the University of California, San Diego and a teaching credential in Bilingual Education. She currently teaches in a high school in San Diego County. She and her husband have two children and two grandchildren.