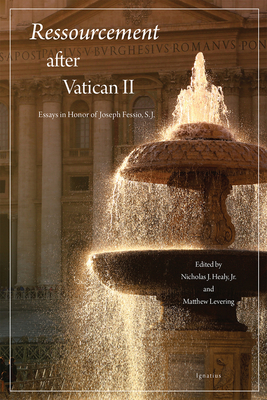 Beginning with a personal recollection of the achievements of Fr. Joseph Fessio, S.J., by David L. Schinder, this work includes twelve essays by theologians who acknowledge a debt to Father Fessio and Ignatius Press.  These twelve essays treat topics such as the Church as the mystical body, the liturgy, Christian apologetics in post-modern culture, public theology, analogy, Scriptural interpretation, marriage and the Trinity, theological dramatics, Pope Benedict XVI's sources, Tradition, and development of doctrine.

Among the major 20th century figures treated in these essays are Hans Urs von Balthasar, Louis Bouyer, Henri de Lubac, Joseph Ratzinger, and Josef Pieper.  The contributors hope that the topics of the essays represent a large swath of the interests of Father Fessio, from his early scholarly work on the Church, his commitment to liturgical renewal and Catholic catechesis, through his devotion to Ignatian spirituality and his appreciation for Thomistic philosophy, and his lifelong engagement with the theology of von Balthasar and Ratzinger.

Matthew Levering holds the James N. and Mary D. Perry Jr. Chair of Theology at Mundelein Seminary.  He is the author or editor of over forty books on topics in dogmatic, sacramental, moral, historical, and biblical theology.  He co-edits two quarterly journals, Nova et Vetera and International Journal of Systematic Theology.

Nicholas J. Healy, Jr. is Associate Professor of Philosophy and Culture at the Pontifical John Paul II Institute for Studies on Marriage and Family at the Catholic University of America.  He serves as an editor of the North American edition of Communio.  His books include The Eschatology of Hans Urs von Balthasar and Freedom, Truth, and Human Dignity.