Liberating the Holy Name: A Free-Thinker Grapples with the Meaning of Divinity (Paperback) 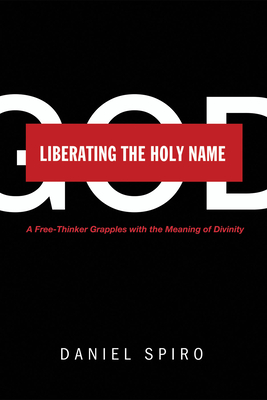 Liberating the Holy Name: A Free-Thinker Grapples with the Meaning of Divinity (Paperback)


Not On Our Shelves—Ships in 1-5 Days
In an increasingly polarized world atheists and religious fundamentalists still agree on one thing: how God must be defined. Both dogmatically claim that God can only refer to the supernatural Lord of Scripture. In Liberating the Holy Name Daniel Spiro takes square aim at this attempt to assert a monopoly over the meaning of divinity. He explains how his Jewish-atheist upbringing and later exposure to Orthodox Judaism set him on a lifelong search for truth and meaning through the annals of modern Jewish philosophy, Christian theology, and Islam. He then reveals how this search has led to a highly original theology in which God can be conceived in the third person, embraced in the second person, and recognized in the first person. Liberating the Holy Name leads the reader on a voyage through some of our species' most influential and profound perspectives on divinity. Spiro models how this search for divinity can be our greatest privilege, while arguing that in order to appreciate this privilege, we must liberate the Name itself from those who wish to monopolize it. If successful, he contends, we will improve religion's standing in the world and unleash a powerful force for social unity.
Daniel Spiro wears many hats. He is a Senior Trial Counsel for the U.S. Department of Justice specializing in fighting corporate fraud. He coordinates the Jewish-Islamic Dialogue Society of Washington, DC, and the Washington Spinoza Society, both of which he cofounded. He is an activist in the pursuit of Middle East peace, blogs under the name Empathic Rationalist, and is the author of The Creed Room (2006) and Moses the Heretic (2008).