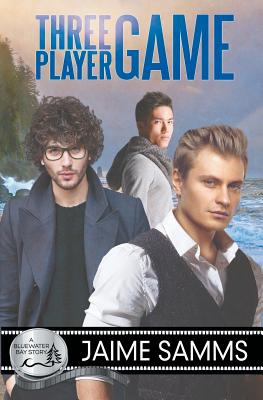 Vince's life has improved immeasurably since he moved to Bluewater Bay two years ago. He's gone from working for a man he hated, to helping found a company he believes in. And he and his boyfriend, Pete, have built a delicate balance of power between them that keeps them both grounded and thriving.

Pete's job on the set of Wolf's Landing is demanding. He needs lots of downtime off set, and that's where Vince's firm but gentle control isn't always enough. And for Vince, Pete's constant high-energy needs are turning out to be more than he can handle alone.

It's no surprise to either of them, then, that sparks fly when Vince's coworker Lee enters the picture. Outwardly, Lee is tough and confident, but when a bad back confines him to Pete and Vince's spare room, the cracks start to show and his desire for connection begins to peek through.

Pete and Vince both like what they see under Lee's prickly outside, but now the three men must learn that love isn't about beating the game--it's about balance, trust, and letting each other in.