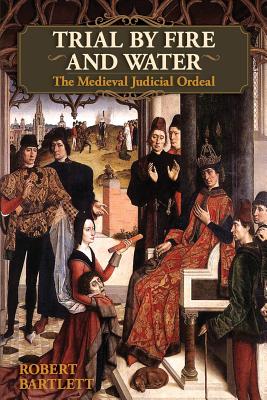 Although seemingly bizarre and barbaric in modern times, trial by ordeal-the subjection of the accused to undergo harsh tests such as walking over hot irons or being bound and cast into water-played an integral, and often staggeringly effective, role in justice systems for centuries.

In Trial by Fire and Water, Robert Bartlett examines the workings of trial by ordeal from the time of its first appearance in the barbarian law codes, tracing its use by Christian societies down to its last days as a test for witchcraft in modern Europe and America. Bartlett presents a critique of recent theories about the operation and the decline of the practice, and he attempts to make sense of the ordeal as a working institution and to explain its disappearance. Finally, he considers some of the general historical problems of understanding a society in which religious beliefs were so fundamental.

Robert Bartlett is Wardlaw Professor of Medieval History at the University of St. Andrews.