Thoughts and Dreams of an Old Theologian (Paperback) 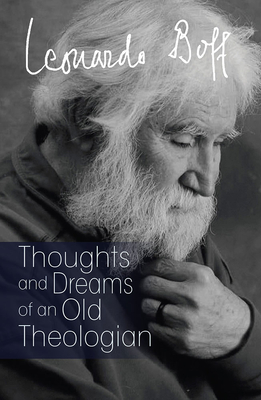 Thoughts and Dreams of an Old Theologian (Paperback)


Not On Our Shelves—Ships in 1-5 Days
Leonardo Boff is widely recognized as one of the most creative and prophetic figures of our time. Here, from the perspective of his eighties, he offers an overview of a body of work marked both by surprising lines of continuity and by ongoing renewal in light of the signs of the times. Boff, in the 1970s, was among the foundational voices of Latin American liberation theology. His work prompted an investigation and sanctions by the Vatican, which ended with his leaving the priesthood. Yet, he vowed to "continue to be and always will be a theologian in the Catholic and ecumenical mold, fighting with the poor against their poverty and in favor of their liberation." He was among the first to connect "the cry of the poor" with the "cry of the earth," and his writings on social issues, "earth ethics," and planetary concerns have reached an international audience.
Leonardo Boff, a Brazilian theologian and philosopher, is the author of twenty-five Orbis titles, from Jesus Christ Liberator, Ecclesiogenesis, and Cry of the Earth, Cry of the Poor, to his more recent Christianity in a Nutshell, Come Holy Spirit, and The Following of Jesus. In 2001 he received the "Right Livelihood Award," often dubbed the "alternative Nobel Prize."