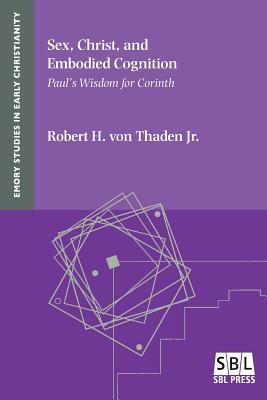 Robert H. von Thaden Jr.'s sociorhetorical analysis examines Paul's construction of sexual Christian bodies in 1 Corinthians by utilizing new insights from conceptual integration theory about the embodied processes of meaning making. Paul's teaching about proper sexual behavior in this letter is best viewed as an example of early Christian wisdom discourse. This discourse draws upon apocalyptic and priestly cognitive frames to increase the rhetorical force of the argument. Reading Paul's argument through the lens of rhetorical invention, von Thaden demonstrates that Paul first attempts to show the Corinthians why sexual immorality is the worst of all bodily sins before shifting rhetorical focus to explain to them how they can best avoid this infraction against the body of Christ.