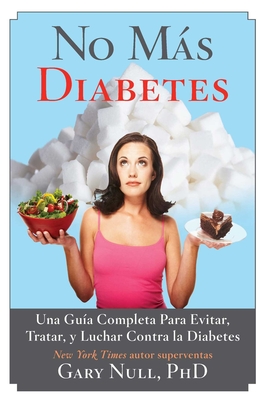 
Special Order—Subject to Availability
Push back against diabetes the natural way with Dr. Null’s diet and exercise wisdom—now in Spanish!

As Americans have grown in size, the incidence of diabetes has increased to epidemic proportions, so that what was once an uncommon disease now seems to be everywhere. According to the American Diabetes Association, 25.8 million adults and children in the United States currently suffer from diabetes—that’s 8.3 percent of the population. According to national examination surveys, Mexican Americans are almost twice as likely as non-Hispanic whites to be diagnosed with diabetes by a physician. Gary Null teaches that we each have the power to control diabetes through nutrition and dietary regimens, exercise, mental composure, and healthy living habits. Through cutting-edge research and clear instruction, Gary Null empowers readers to take control of their health without the use of drugs.

Did you know that ginseng and aloe vera help to normalize blood glucose levels? Have you considered how vaccines may be contributing to the rise in diabetes among children? No Más Diabetes offers surprising information that could save your life, along with practical advice for becoming the healthiest version of yourself. In addition, readers will find tips for convincing a loved one with diabetes to take charge of his or her weight; recipes to make healthy eating fun and appealing; and input from several other experts, including Dr. Martin Feldman, a pioneer in complementary medicine, and the award-winning Dr. Richard Brown, who discusses how stress contributes to diabetes.
Gary Null, PhD, is an internationally renowned expert in the field of health and nutrition, the author of more than seventy books on healthy living, and the director of more than one hundred critically acclaimed full-feature documentaries. He is the host of The Gary Null Show, the country’s longest-running nationally syndicated health radio talk show. He lives in New York City.