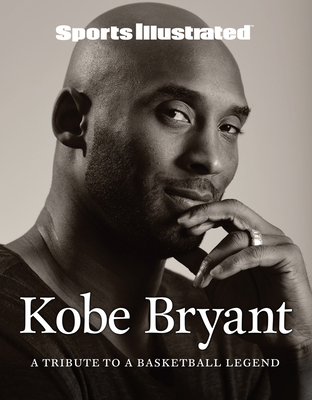 By The Editors of Sports Illustrated


On Our Shelves Now at:
In 20 seasons in a Los Angeles Lakers uniform, Kobe Bryant ascended from teenaged rookie to 18-time All-Star and five-time NBA champion. The superstar known as the Black Mamba left his mark on basketball and popular culture as a fierce competitor who inspired those around him and never settled for less than the best.

To commemorate the life and career of the most beloved Laker of his generation, these moments and memories are collected in Kobe Bryant: A Tribute to a Basketball Legend.

Featuring more than 100 photographs and written coverage from the pages of Sports Illustrated this new volume provides readers a complete portrait of the international basketball superstar who transcended his sport to become a cultural icon.

Relive every moment including Bryant entering the NBA draft directly out of high school, winning consecutive NBA Finals MVP awards in 2009 and 2010, the unforgettable 60-point farewell game, and the poignant tributes that followed his death in 2020.

This lavish keepsake also features the best written coverage of Bryant’s career from Sports Illustrated, including pieces by Chris Ballard, Jack McCallum, Lee Jenkins, and more.
Sports Illustrated, the most respected voice in sports journalism, is a multimedia sports brand that takes the consumer into the heart and soul of sports.