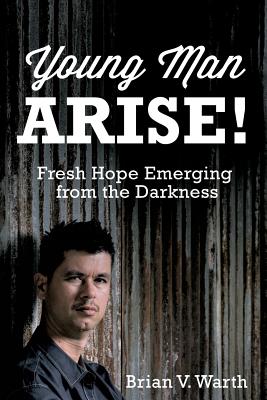 
Not On Our Shelves—Ships in 1-5 Days
Brian Warth: born into a world divided by race and gang affiliations, filled with violence. He grew up with one goal: to belong to the gang. To earn their acceptance and respect. To be cool. He knew no other life, no other future, no other dream. His earliest memories were filled with violence, loss, fear, and death. One older brother was gunned down in the streets and died in his teens. Another survived being riddled with bullets. Despite this, he followed in their footsteps. Despite knowing the pain of his brother's death, he was involved in the shooting death of a rival gang member, inflicting on others what he had suffered. At age sixteen, he was tried as an adult and sent to prison for life. Brian Warth: born again in the Los Angeles prison system, in a world divided by race and gang affiliations, weighed down with guilt, grief, rage and despair. His mind and heart claimed and cleansed by Christ, he had one goal and dream: To take the fresh hope of the Gospel to everyone in his new world. On the outside were people who loved him, who had prayed for him since his gang years. Their hope: to be granted parole. However, in power was a governor who declared that the only way a "lifer" was going to leave prison while he was governor was in a pine box. Let Brian tell you in his own words of his journey downward into the world of gangs, how he finally came face-to-face with the consequences of his actions and attitude, and the spiritual journey that followed, bringing him upward from the lowest point a man could ever face in his life. You, too, will arise.