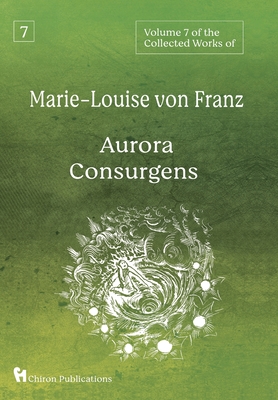 The Collected Works of Marie-Louise von Franz is a 28 volume Magnum Opus from one of the leading minds in Jungian Psychology. Volume 7 turns to Aurora Consurgens - A Document Attributed to Thomas Aquinas on the Problem of Opposites in Alchemy - A Companion Work to C.G. Jung's Mysterium Coniunctionis.

Aurora Consurgens, the rising sun, is a vision forged in the pseudo-Aristotelian tradition that became a cornerstone of medieval Church doctrine and the centerpiece of the Dominican and Franciscan traditions. While its authorship has been shrouded in mystery and controversy, Marie Louise von Franz furnishes ample evidence that this was a final work of Thomas Aquinas, a Doctor of the Church. His vision begins with an anima figure of the Sapentia Dei.

This medieval alchemical text is rich in symbolism and offers a glimpse into how unconscious contents can be understood through their interactions with the material world. Marie Louise von Franz places Aurora Consurgens squarely in the tradition of visionary spiritual writings similar to the visions of Hildegard von Bingen or John of Patmos. Aquinas's visions and his final commentary on the Song of Songs appear to have been the result of a state of ecstasy into which he fell just before his death. Marie Louise von Franz excavates a psychological treasure from his work.