From the Signposts of Tawheed (Paperback) 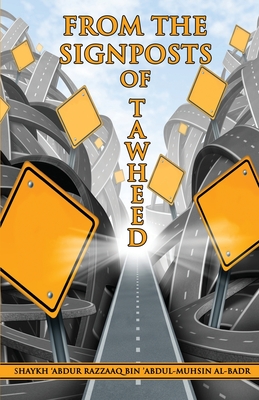 From the Signposts of Tawheed (Paperback)


Not On Our Shelves—Ships in 1-5 Days
(This book cannot be returned.)
Indeed Tawheed is the beginning of the religion and its end; its inner core and outer shell; and it is the beginning and end of the call of the Messengers. It is the meaning of the statement: "None has the right to be worshiped except Allaah." Due to it the creation was created, the Messengers were sent, and the books were revealed. By way of it the people are divided into believers and disbelievers; blessed people of paradise and wretched people of the fire. It is the first obligation upon the responsible person and it is the reality of the religion of Al-Islaam besides which Allaah will not accept any other religion. Therefore, its affair is of the utmost importance and it is very great. Each of us is in need of being reminded of it and enlightened regarding it.Within this treatise, From the Signposts of Tawheed, is a clarification of the beacons and signposts of Tawheed, by way of the following issues: The First Issue: The Characteristics and Tawheed and Its VirtuesThe Second Issue: The Definition of Tawheed and its RealityThe Third Issue: Actualizing Tawheed and Perfecting ItThe Fourth Issue: The Nullifiers of Tawheed and That which Makes it Deficient The Fifth Issue: The Source of Tawheed and its Origin The Sixth Issue: The Fruits of Tawheed and its BenefitsThe speech within this treatise revolves around these six issues, in summary and in a concise manner. Each one of these issues is in need of extensive clarification; However, I will abridge the speech regarding them to that which will actualize the intent-by the permission of Allaah-and from Him Alone aid is sought and success is requested.