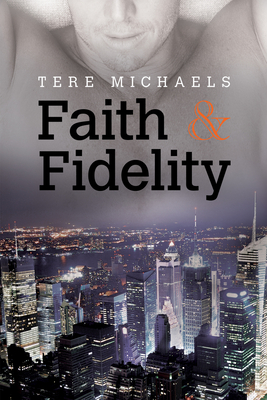 This is book number 1 in the Faith, Love, & Devotion series.

Faith, Love, & Devotion: Book One Reeling from the recent death of his wife, police officer Evan Cerelli looks at his four children and can only see how he fails them. His loving wife was the caretaker and nurturer, and now the single father feels himself being crushed by the pain of loss and the heavy responsibility of raising his kids. At the urging of his partner, Evan celebrates a coworker’s retirement and meets disgraced former cop turned security consultant Matt Haight. A friendship born out of loneliness and the solace of the bottle turns out to be exactly what they both need. The past year has been a slow death for Matt Haight. Ostracized from his beloved police force, facing middle age and perpetual loneliness, Matt sees only a black hole where his future should be. When he discovers another lost soul in Evan, some of the pieces he thought he lost start to fall back in place. Their friendship turns into something deeper, but love is the last thing either man expected, and both of them struggle to reconcile their new and overwhelming feelings for one another.