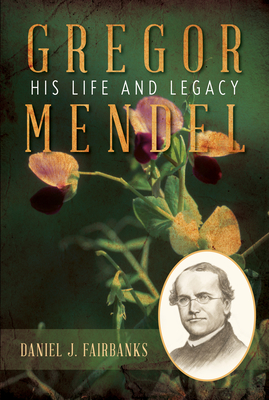 
Not On Our Shelves—Ships in 1-5 Days
Daniel J. Fairbanks is one of the foremost contemporary scholars of Gregor Mendel. His books and articles have dispelled pervasive Mendelian myths, clarified the influence of Darwin on Mendel, and brought to light new evidence of Mendel's scientific discoveries and influence. For his contributions, he received the 2017 Mendel Memorial Medal from the Mendelianum of the Moravian Museum in Brno, where Mendel lived and conducted his famous experiments. He currently is Professor of Biology and University Research Officer at Utah Valley University (UVU) where he previously was Dean of the College of Science. Prior to joining UVU, he was a professor at the University of Massachusetts-Amherst and Brigham Young University. He is a geneticist specializing in the history of genetics, evolutionary genetics, plant genetics and breeding, and international scientific development. He is author or co-author of six scholarly books and more than sixty scientific articles. Dr. Fairbanks is also an accomplished artist, with sculpture, paintings, and drawings in museum, public, and private collections in the United States, Latin America, and Europe.