Emancipation of a Black Atheist (Paperback) 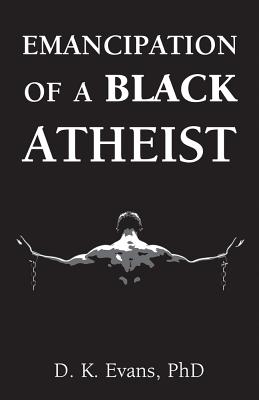 Emancipation of a Black Atheist (Paperback)


Special Order—Subject to Availability
Great journeys often start with a single question. For D. K. Evans, a newly married professional in the Christian-dominated South, that question was, “Why Do I Believe in God?” That simple query led him on a years-long search to better understand the nature of religion and faith, particularly as it applies to the Black community. While many taking such a journey today might immerse themselves in the writing of Richard Dawkins, Daniel Dennett, Sam Harris, and Christopher Hitchens, Evans took inspiration not only from John Henrik Clarke, Yosef-Ben Jochannan, Hubert Harrison, and John G. Jackson, champions of a rich Black tradition of challenging religious orthodoxy, but also from many others in his own community who had similarly come to question their core religious beliefs. While this journey eventually led him to discount the notion of God, he calls on all to ask their own questions, particularly those within the Black community who act on blind faith. While their own journey might not lead to his truth, he acknowledges, that is the only way they will ever emancipate themselves from the truths thrust on them by others and arrive at their most important truth—their own.
D.K. Evans, PhD, is a corporate trainer in Morrisville, NC. Aside from writing, he enjoys spending time with his wife and two kids.
“Emancipation of a Black Atheist offers an emotional and intellectual odyssey through the expansive sea of religion in the Black community . . . . Believers will appreciate the respect Dr. Evans pays them, but they may encounter challenging questions about their own faith. Nonbelievers will find comfort in his familiar and relatable experiences. All will be challenged by his prescriptions for bridging over the troubled waters that stand between believers and nonbelievers in the Black community.” —Candace R. M. Gorham, LPC, author, The Ebony Exodus Project: Why Some Black Women Are Walking Out on Religion—and Others Should Too