Humanists in the Hood: Unapologetically Black, Feminist, and Heretical (Humanism in Practice) (Paperback) 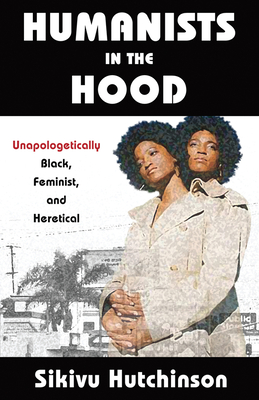 Humanists in the Hood: Unapologetically Black, Feminist, and Heretical (Humanism in Practice) (Paperback)


Not On Our Shelves—Ships in 1-5 Days
Feminism and atheism are “dirty words” that Americans across the political spectrum love to debate—and hate. Throw them into a blender and you have a toxic brew that supposedly defies decency, respectability, and Americana. Add an “unapologetically” Black critique to the mix and it’s a deal-breaking social taboo. Putting gender at the center of the equation, progressive “Religious Nones” of color are spearheading an anti-racist, social justice humanism that disrupts the “colorblind” ethos of European American atheist and humanist agendas, which focus principally on church-state separation. These critical interventions build on the lived experiences and social histories of segregated Black and Latinx communities that are increasingly under economic siege. In this context, Hutchinson makes a valuable and necessary call for social justice change in a polarized climate where Black women’s political power has become a galvanizing national force.
Sikivu Hutchinson is an educator, author, and playwright. She is the founder of Black Skeptics Los Angeles and the Women's Leadership Project, a mentoring and civic engagement program for South L.A. girls of color.
"The time is now for Humanists in the Hood. With compassionate, razor-sharp clarity, Sikivu Hutchinson provides a courageously bold Black, feminist, and atheist road map to liberating ourselves, our communities, and U.S. society. She invites and challenges readers to step outside of comfort zones to consider different possibilities in response to the oppressive systems that silence and annihilate all of us on the margins. Hutchinson’s words are a clarion call for radical, tangible actions for these perilous times." —Aishah Shahidah Simmons, author of Love WITH Accountability, and Producer/Director of NO! The Rape Documentary

"Humanists in the Hood is an acute reminder of the struggle we as Black women have and still experience. It has documented in one place, our travels and travails.” —Bridgette Crutchfield, Black Nonbelievers of Detroit

"Humanists in the Hood is a must read for everyone, but especially anyone who considers themselves progressive and supportive of marginalized people. With her in-depth analysis, Sikivu has issued yet another challenge -- to take a long, hard look historically, institutionally, and, most important, internally, into the often complex world of feminism and how humanist/secular values have and must continue to inform our fight for equality." —Mandisa Thomas, Founder and President, Black Nonbelievers, Inc.