Fish Out of Water (Paperback) 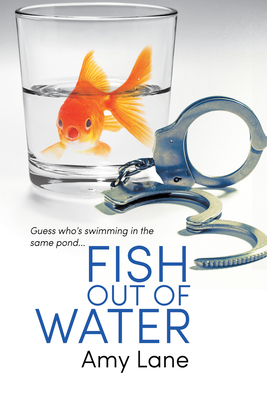 Fish Out of Water (Paperback)

This is book number 1 in the Fish Out of Water series.

Fish Out of Water: Book One

PI Jackson Rivers grew up on the mean streets of Del Paso Heights—and he doesn’t trust cops, even though he was one. When the man he thinks of as his brother is accused of killing a police officer in an obviously doctored crime, Jackson will move heaven and earth to keep Kaden and his family safe.

Defense attorney Ellery Cramer grew up with the proverbial silver spoon in his mouth, but that hasn’t stopped him from crushing on street-smart, swaggering Jackson Rivers for the past six years. But when Jackson asks for his help defending Kaden Cameron, Ellery is out of his depth—and not just with guarded, prickly Jackson. Kaden wasn’t just framed, he was framed by crooked cops, and the conspiracy goes higher than Ellery dares reach—and deep into Jackson’s troubled past.

Both men are soon enmeshed in the mystery of who killed the cop in the minimart, and engaged in a race against time to clear Kaden’s name. But when the mystery is solved and the bullets stop flying, they’ll have to deal with their personal complications… and an attraction that’s spiraled out of control.

Amy Lane is a mother of two college students, two grade-schoolers, and two small dogs. She is also a compulsive knitter who writes because she can’t silence the voices in her head. She adores fur-babies, knitting socks, and hawt menz, and she dislikes moths, cat boxes, and knuckle-headed macspazzmatrons. She is rarely found cooking, cleaning, or doing domestic chores, but she has been known to knit up an emergency hat/blanket/pair of socks for any occasion whatsoever, or sometimes for no reason at all. Her award-winning writing has three flavors: twisty-purple alternative universe, angsty-orange contemporary, and sunshine-yellow happy. By necessity, she has learned to type like the wind. She’s been married for twenty-plus years to her beloved Mate and still believes in Twu Wuv, with a capital Twu and a capital Wuv, and she doesn’t see any reason at all for that to change.