The Substance of Hope: Barack Obama and the Paradox of Progress (Paperback) 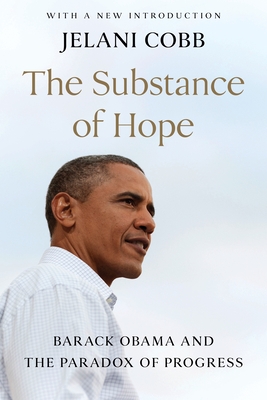 The Substance of Hope: Barack Obama and the Paradox of Progress (Paperback)

A trenchant and timeless examination of the still-contested meanings of President Barack Obama's election, from a preeminent scholar of race, politics, and American history-with a new introduction by the author.

When voters in 2008 chose the United States' first black president, some Americans hailed the event as a sign that the nation had, at long last, transcended its bloody history of racial inequality. Obama's victory was indescribably momentous, but if the intervening years proved anything, it is that we never leave history entirely behind. Indeed, this may be the ultimate lesson of the Obama era.

First published in 2010, The Substance of Hope is acclaimed historian Jelani Cobb's meditation on what Obama's election represented, an insightful investigation into the civil rights movement forces that helped produce it, and a prescient inquiry into how American society does-and does not-change. In penetrating, elegant prose, Cobb teases apart the paradoxes embodied in race and patriotism, identity and citizenship, progress and legacy.

Now reissued with a new introduction by the author, reflecting on how the seismic impact of the Obama presidency continues to shape America, The Substance of Hope is an indelible work of history and cultural criticism from one of our most singular voices.

Wiliam Jelani Cobb, Ph.D. is an Associate Professor of History at Spelman College in Atlanta. He specializes in post-Civil War African American history, 20th century American politics and the history of the Cold War. He is a contributing writer for Essence magazine, and his essays and reviews have appeared in The Washington Post, The Progressive, Alternet.org, and other publications. He has been a featured commentator on National Public Radio, the acclaimed documentary Beyond Beats & Rhymes, CNN, and a number of other national broadcast outlets. He is the author of To The Break of Dawn: A Freestyle on the Hip Hop Aesthetic and The Devil & Dave Chappelle and Other Essays, and has edited and contributed to several other books. He lives in Atlanta, Georgia.

“This little book is packed with common sense observations that are given weight and meaning through Professor Cobb's academic and historical insight.” —Melissa Harris-Perry