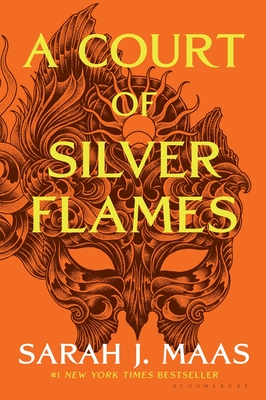 This is book number 5 in the A Court of Thorns and Roses series.

Nesta Archeron has always been prickly-proud, swift to anger, and slow to forgive. And ever since being forced into the Cauldron and becoming High Fae against her will, she's struggled to find a place for herself within the strange, deadly world she inhabits. Worse, she can't seem to move past the horrors of the war with Hybern and all she lost in it.

The one person who ignites her temper more than any other is Cassian, the battle-scarred warrior whose position in Rhysand and Feyre's Night Court keeps him constantly in Nesta's orbit. But her temper isn't the only thing Cassian ignites. The fire between them is undeniable, and only burns hotter as they are forced into close quarters with each other.

Meanwhile, the treacherous human queens who returned to the Continent during the last war have forged a dangerous new alliance, threatening the fragile peace that has settled over the realms. And the key to halting them might very well rely on Cassian and Nesta facing their haunting pasts.

Against the sweeping backdrop of a world seared by war and plagued with uncertainty, Nesta and Cassian battle monsters from within and without as they search for acceptance-and healing-in each other's arms.

Sarah J. Maas is the #1 New York Times and internationally bestselling author of the Court of Thorns and Roses, Throne of Glass, and Crescent City series. Her books have sold millions of copies and are published in thirty-seven languages. Sarah lives with her husband, son, and dog.

“Simply dazzles.” —Booklist on A COURT OF THORNS AND ROSES

“Passionate, violent, sexy and daring.... A true page-turner.” —USA Today on A COURT OF THORNS AND ROSES

“Suspense, romance, intrigue and action. This is not a book to be missed!” —HuffPost

“Vicious and intoxicating.... A dazzling world, complex characters, and sizzling romance.” —RT Book Reviews on A COURT OF THORNS AND ROSES

“A sexy, action-packed fairy tale.” —Bustle on A COURT OF THORNS AND ROSES

“Fiercely romantic, irresistibly sexy and hypnotically magical. A veritable feast for the senses.” —USA Today on A COURT OF MIST AND FURY

“Hits the spot for fans of dark, lush, sexy fantasy.” —Kirkus Reviews on A COURT OF MIST AND FURY

“Darkly sexy and thrilling.” —Bustle on A COURT OF MIST AND FURY

“An immersive, satisfying read.” —Publishers Weekly on A COURT OF MIST AND FURY

“Fast-paced and explosively action-packed.” —Booklist on A COURT OF WINGS AND RUIN

“The plot manages to seduce you with its alluring characters, irresistible world and never-ending action, leaving you craving more.” —RT Book Reviews on A COURT OF WINGS AND RUIN